I try to limit the number of times I write about the changes at Waterloo Station. Honestly, I do.

I hope I may be allowed to post a link to a recent article in City A. M, wich notes that there are plans, by developer LCR, to create a major £200m retail and leisure development for Time Our Group at London’s busiest station.

Time Out Market London will have restaurants, bars and “cultural experiences” hand picked by the British media company from across the capital. Occupying 32,500 square feet over two floors in the former Eurostar terminal, the market is expected to open in 2021.

With around 500 seats, it plans to host 17 acclaimed London chefs and restaurateurs serving all kinds of cuisines, plus three bars and a space for cultural experiences showcasing the best London talent.

On Thursday 13th December, Time Out Group announced their plans for Waterloo London, see their plans below. 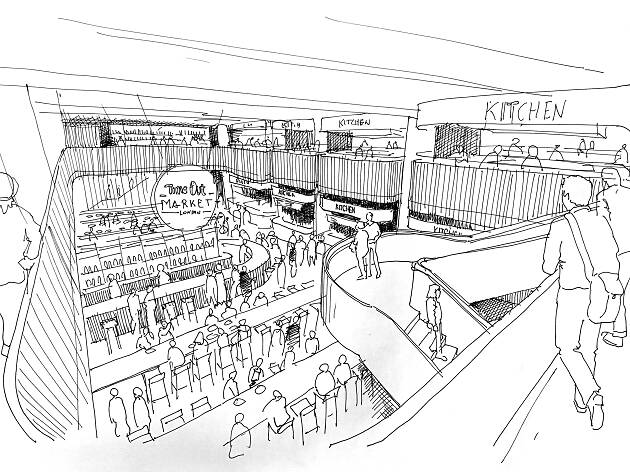