We customers of the Lightwater Post Office will still find Simri Gandhum behind the counter for a while, and occasionally Surinder might be spotted helping our new postmaster, to whom I’ll introduce myself in the coming days.

This afternoon Surinder, Simri, and family provided samosas, pakoras, and refreshments in a rather splendid tent in the grounds of the Post Office. It was lovely to see Julie Halstead again, who retired in 2015 from the Post Office after 34 years. I’ll miss my over the counter chats to Surinder. Though as Surinder and family will continue to reside behind the Post Office, I can get my Surinder fix by sharing a pint with him at a local hostelry.

Here are some photos of the occasion. 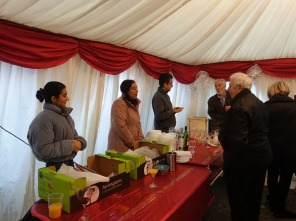 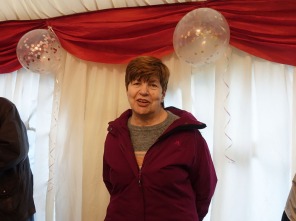 Surinder and Simri Gandhum have been behind the counter of the Post Office since the mid 1990’s. They’ll still be around behind the counter for a few months, until the new postmaster settles in. They’re not leaving the village, just passing on the responsibility of postmaster-ship to someone new.

Important, though it is, that is individual’s privacy, and respect for the protection of their personal data has been addressed on this blog, it’s not been the most fun activity.

So, here’s a bit of excitement for Lightwater.

After having had an enjoyable chinwag over a nice pint in the Lightwater Club with Surinder Gandhum, our illustrious postmaster, I walked to Lightwater Post Office with him, where his new Bureau de Change sign was lit, and where a member of the public was checking the Euro exchange rate.

A well deserved award for Surinder and Simri Gandhum, our post office team in Lightwater. It’s also pleasing to note that Surinder is back behind the counter after the operation on his knee. 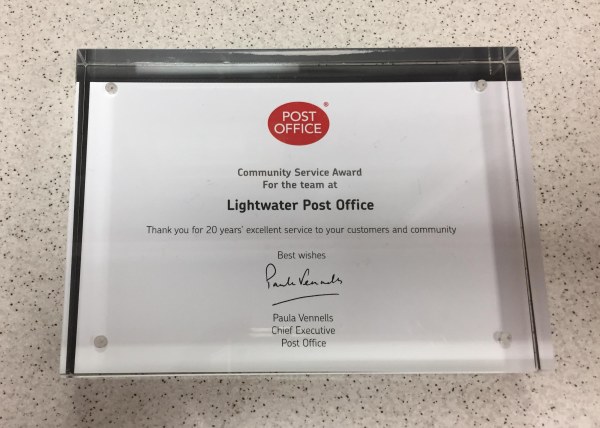 Surinder and Simri Gandhum of Lightwater Post Office generously invited us to the wedding reception of their son Arminder to Sandeep.

Held at the Savill Court Hotel in Englefield Green the fun came from six Bhangra dancers, a couple of Dohl drummers and a singer. Receptions are happy affairs and the happy couple kept a smile on their faces while hundreds of photographs were taken of them.

Here are a few photos and a brief video and the Bhangra dancers. 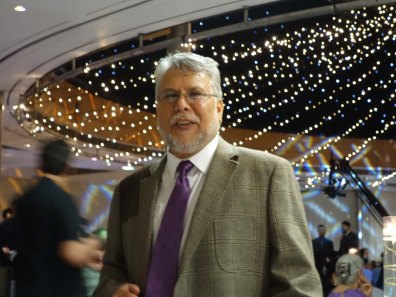 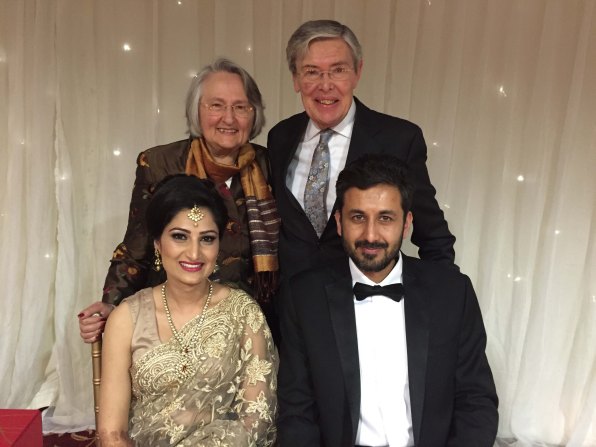 There was a small ceremony for Julie at the Post Office, presents and cards exchanged, and I was delighted to attend the celebrations. At which I must tell you that Simri’s nibbles are to die for.

I managed to obtain a few reflections from Julie on life at Lightwater Post Office, and took a few photos. 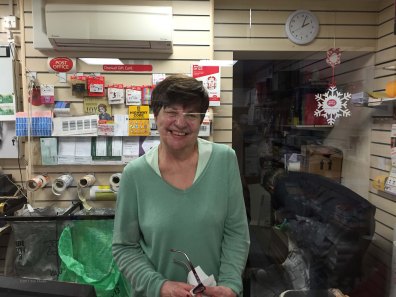 I bank with Barclays, so that’s why I received a letter today informing me that the Lightwater branch will close on Friday 27th March 2015.

Disappointing and annoying news. I guess even lucky Lightwater is not immune from changes. Below is part of Barclays letter to me. They recommend using Knaphill branch, but it has very poor parking. I expect my chum Surinder at Lightwater Post Office will b e doing more business.

The Mayor of Surrey Heath, Cllr Bob Paton, turned out to open the refurbished Lightwater Post Office in full mayoral attire. I know from experience that it’s hot in those robes – deserves a well done Bob.

Postmaster Surinder Gandhum, wife Simri, and post office assistant Julie were on hand to welcome all comers – and there were plenty of them, enjoying the samosas and refreshments.

After the mayor cut the ribbon, Rev Mark Wallace of All Saints’ Church offered a blessing on the Post Office and its staff, followed by Surinder who thanked everyone for attending the re-opening. A memorable village day.

UPDATE: Professional photographer Rolf Evans was on hand for the official photos – you can see them in the Grand Re-opening gallery: Password is Simri 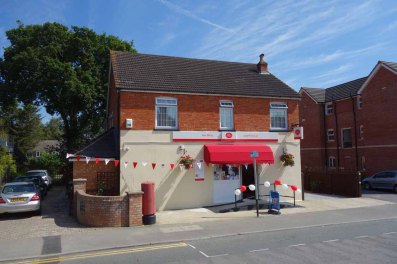 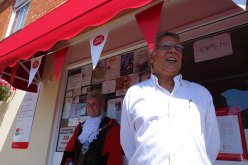 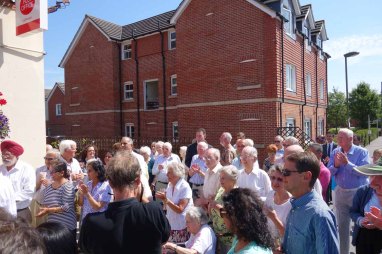 Lightwater’s Postmaster Surinder Gandhum and his wife Simri have placed an invitation, on the front door of their Post Office, for customers to join the official re-opening of Lightwater’s Post Office at 12.0 midday on Tuesday, 29th July. The Mayor of Surrey Heath, Cllr Bob Paton will perform the re-opening ceremony.

The notice on the front door says, ‘Refreshments will be provided’ and ‘All welcome’. I’ll make sure I’m there well before the official re-opening to claim my free refreshment – what ever it might be. The Post Office is looking better, although Surinder says there’s still more work to do to complete the refurbishment [Click on images to enlarge].

The centre of Lightwater village continues to change. Here’s the latest on the developments in Lightwater.

The original date for the reopening of the petrol station after its rebuilding was July 10th. There’s still much to do, though in speaking to the builders they say they’ll be done by the end of July. I wonder if there’ll be a grand re-opening, offering a small reward to villagers who put up with the dislocation. You should see the number of white vans parked daily along Broadway Road, most probably I’ll not need to tell you about them.

I’ve enormous sympathy for my chum Surinder – the postmaster. He’s been let down by suppliers and the Post Office a number of times. The latest being the new signage isn’t to specification, which is holding up the addition of a new canopy.

Now this is interesting. I hear that there are issues around ownership of the plot, and this is delaying the commencement of building works. I’ll need to go and talk to some people with knowledge about this. I’ll report back on what I discover.

Meanwhile here are a couple of recent images of the Post Office and Petrol Station. [Click to expand] 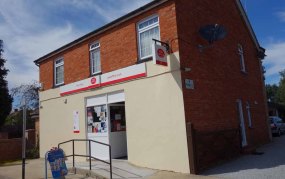