I recently posted a Photo Quiz image, which was number 50 in the series. Now, a few days later, I’m posting my 50th Photo of the Week. Coincidences occur naturally.

The 50th photo of the week is the image taken by Monsieur de St Croix of Parliament Street in London in 1839, and is considered to be one of the earliest photos of London. M de St Croix arrived in London in September 1839 to demonstrate Louis Daguerre’s new invention of the daguerreotype photographic process formed on a silver copper plate.

He travelled to Birmingham in October 1839, again to demonstrate the daguerreotype photographic process, which is the Birmingham Post describes in Birmingham’s first experience of photography.

The photo is in the collection of the V&A. It shows, in the foreground, the statue of Charles I. Also observable in the photo are people, and hansom cabs. For interest, I’ve added a photo of Charles 1 statue, looking down Parliament Street from Trafalgar Square, which has been at this location since 1675 – pretty amazing when you think of how roadworks change things. 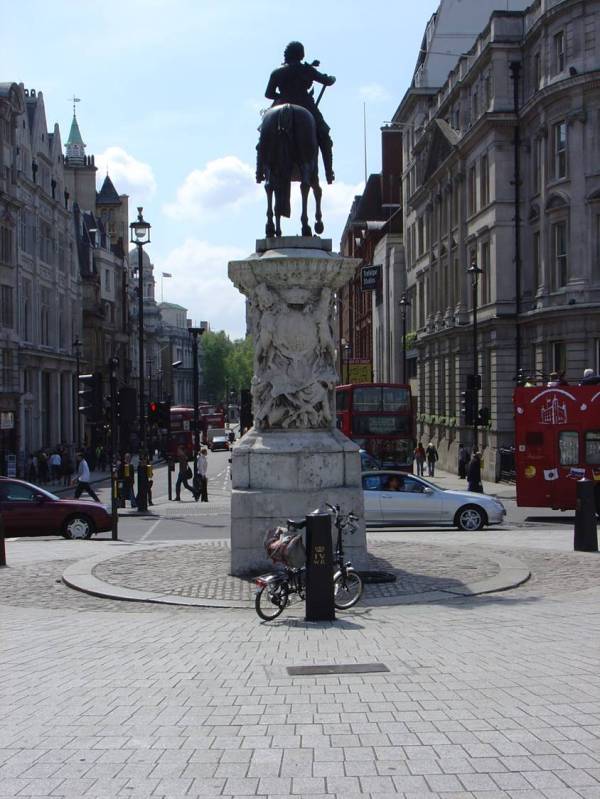 Here is the last of the four photos I’ve selected from the Twitter feed of aucharbon@alcarbon68.

Again it’s a Parisian scene at night, much loved by photographers. Taken in 1925 by renowned photographer André Kertész. The title doesn’t say, but the main object throwing the shadow is a pissotèrie  – [a public urinal].

Here is the third of four photos I’ve selected from the Twitter feed of aucharbon@alcarbon68.

This 1929 photo of Paris, by an unnamed photographer, is entitled The Concierge’s Dog. 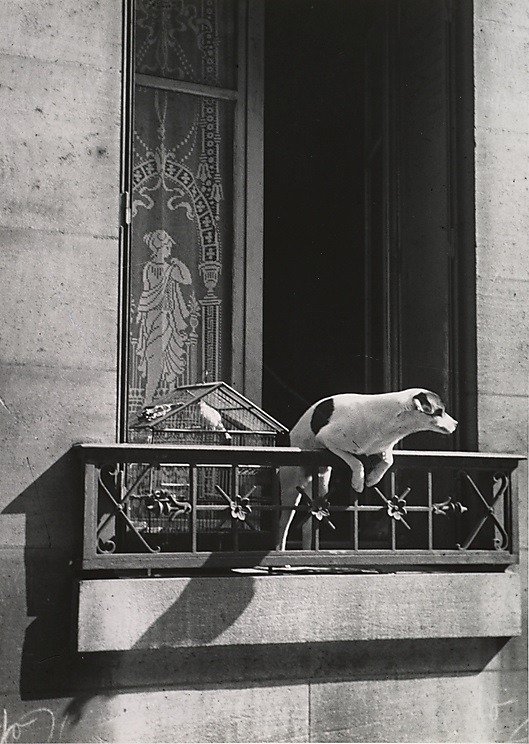 Here is the second of four photos I’ve selected from the Twitter feed of aucharbon@alcarbon68.

This photo by Brassaï in 1937 is of the Escalier de la Butte Montmartre in Paris. The staircase is a popular subject for photographers. You can read about the staircase on the Soundlandscape’s blog.

While the staircase is much photographed, Brassaï’s image has an ethereal quality to it, in misty light, and devoid of people.

I’m an admirer, and follower, of aucharbon@alcarbon68.

It’s the Twitter name of someone who says is a hunter of images, a collector of graphics, and a thief of shadows. The Twitter feed is a wonderful source of historic photographs, mostly evocative of times past, sometimes poignant, and occasionally funny.

Now, having introduced it to you, I’ll post four photos that I’ve enjoyed seeing in successive blog posts. This photo is by Fulvio Roiter is of a scene in Sicily in 1953. You can see more of Roiter’s work on Pinterest.

Oh my, the last photo of the week was in February this year. Not good, must improve, or stop classifying things as [something] of the week.

This masterly image, Battersea Power Station in 1936, by Bill Brandt [1904- 1983] is one of his London night scenes, many of which can be seen in his 1938 book, A Night in London. Brandt, although originally German, through a German father and English mother, moved to London in the early 1930’s, later disowning his German heritage.

Unlike famous photographers, such as Henri Cartier-Bresson and Edward Weston, Brandt did much work to alter his images in the darkroom, emphasizing tonal contrasts, and cropping images. Brandt is widely considered to be Britain’s most influential photographer of the 20th century. 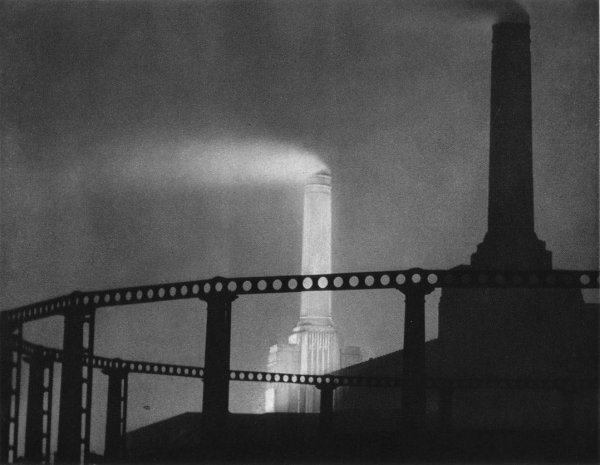 Winston Churchill in his dragon patterned dressing gown and monogrammed slippers at the Casablanca conference, Tunisia, Jan. 1943.  Churchill was recovering from pneumonia.