Last year, on the September Heritage Open Day, we visited the Eel House on the Wayfarer’s Way footpath alongside the River Arle in Arlesford, Hampshire,

This is from the information boards and leaflets about the Eel House,

The small brick building, known as the Eel House dates from the 1820’s, and was originally part of the Arlebury Estate. There are three brick lined channels under the Eel House, to house the iron grills to trap eels, although their present function is to control river flow. Traditionally, there are two methods for catching silver eels – one is a fyke net (see image below), and the other is with a fixed trap, which uses the force of the river to push the silver eel, on its way downstream, over a grid and into a holding box.

Eels start life in deep in the Sargasso Sea between Bermuda and the Bahamas, off the east coast of the USA. During their first year they migrate to the European coast on ocean currents. They grow from larvae into ‘glass eels’ and enter fresh water in the spring. Their colour darkens as they develop into elvers and they gradually migrate upstream to colonise reed beds in rivers, lakes, and ponds, where they live for up to 20 years. When fully grown an eel is almost snake like – brown with yellow flanks, with a fin along the top edge of its body. They are up to a metre in length. In time the eel’s colour lightens to a silver/blue.

On between six and eight autumnal nights, where there is little moonlight, the eels begin their migration back to the Sargasso Sea. On these nights a river keeper would use a hurricane lamp for illumination, open the sluices, set traps, and manoeuvre the catch into a boat shaped box. When the box was full the keeper would await the arrival of merchants from as far away as Billingsgate in London, who would take the eels away in tanks to be sold, while alive, at fish markets.

Buildings constructed specifically for eel trapping are extremely rare in the UK. The Eel House is open to visitors on Bank holidays and Heritage Open Days.

A quarterly sales calendar booklet from Bonhams auctioneers will drop into our letterbox. The front cover of which is invariably of some treasure.

It’s prints and multiples that are of my interest – stuff that I might be able to afford. The cover of the latest sales calendar is of a drop-dead gorgeous 1931 Bugatti Type 57 Roadster.

The Bugatti is finished in black and cream two-tone finish, adding to its delightfulness. I’ve often thought how nice cars look in a two-tone colour. In an idle moment, between wrist excersises, I looked at the upcoming auctions of cars, and found a number of two-tone lovelies, which I present to you below.

I mightn’t have said much about our 10 days in Jersey over Christmas. This is the first of a number of reports.

Overall, the weather was reasonably kind to us, with fine weather on Christmas Eve and Christmas Day, though a cold wind and showers accompanied the Boxing Day Cavalcade of the Jersey Old Motor Club.

The cavalcade of over 80 old motors gathered near our hotel – the splendid Pomme D’Or.  Bracing, is what you’d call the weather, and so we missed the start of the cavalcade preferring to continue with breakfast in the warmth of the hotel.

We met the return of the cars round the corner outside the Royal Yacht Hotel. We admired many a fine old motor. I like to think I’m not too bad at car recognition. There were a number that had me stumped. Not finding out until I had a close look at their badges. The grey two door sports car I thought might be an Allard. It turned out to be a Lea Francis. The main conundrum was the cream/yellow car which was an Alvis Duncan – of which only 30 were made, and only 12 are reputed to survive, so rare indeed.

The opening ceremony began with Mike Sheard, chairman of the Windlesham branch of the Royal Bristish Legion, welcoming everyone, going on to describe the Hub’s facilities and the range of sports activities that are being encouraged to use the Hub.

Mike was followed by Suzanne Sharman, chairman of the Trustees of the Field of Remembrance, who named the main contributors and thanked all those people who were involved with the new building.

The fun in the ceremony was provided by the inimitable Brian Blessed, who spoke admirigly of the energies and commitment of all involved with the Hub.

I took a video of the event though have, unaccountably, failed to produce it. I’ll have another, time consuming, go and will post it here when complete. Meanwhile, here are some photos of the ceremony.

Gosh, my last article here was on January 7th, that’s two weeks of no postings.

My poor excuse is that I’m in recovery mode from a broken wrist. The break was, surprisingly, pain free, as was the application of a plaster cast ….. actually it’s glass fibre these days. Having the cast was also pain free, though annoying with the associated lack of movement. The stiffness, soreness, and discomfort of rehabilitation excercises is what I wasn’t expecting. It is my first broken bone after all.

There’ll be lots of articles to come that I hope will entertain.

Prior to our Christmas break in Jersey I stocked up, from Camberley Library, with crime novels for holiday reading.

I took only a Dick Francis novel with me. Even that didn’t get read, due equally to tiredness from sightseeing and the excellent wines and evening buffet meals. It was completed when we got home, although the storyline was a tad unbelieveable for my liking.

I don’t have a favourite, though Commarissario Brunetti is a warmer character on which to put to one side prior to slumber, which is the one that I’ll begin reading tonight. 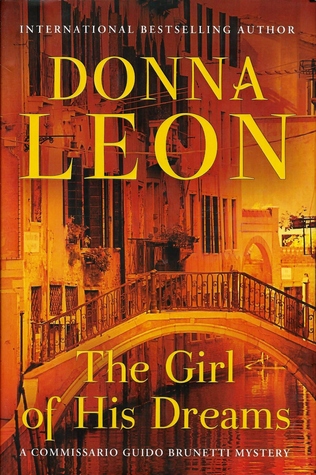