Among the many TV programmes about railways, there a a couple that I look forward to watching, none more so that Tim Dunn’s programme The Architecture The Railways Built. It’s an hour long programme on the Yesterday Channel, in which it uncovers some fascinating architectural railway gems in the UK and in Europe.

One place that Tim Dunn promised to visit and describe is the Severn Bridge Junction Signal Box at Shrewsbury Railway Station. That visit was in yesterday evening’s episode  – Series 1, Episode 7. My fascination about the signal box is that I’ve been past in, by train, numerous times, and often wondered about it, and why it was so large.  Below the photo of Tim Dunn and the Signal Box, I’ve written a little about it’s history and list some of the sources of information about it. 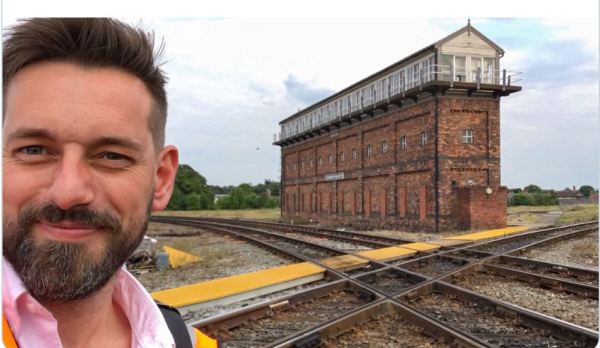 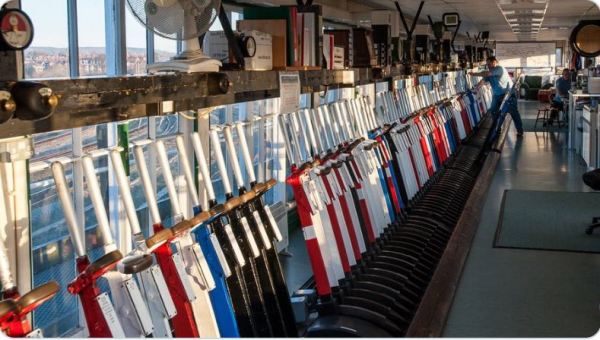 From a Network Rail website article on the signal box, it states,

The grade II-listed building houses 180 levers, all dating from 1903. The box doesn’t just embody a rare tradition, it continues to perform a vital function on a modern railway. Severn Bridge Junction, which opened in 1904, will remain open for the foreseeable future.

[The origins of the box are from] two railway operating companies – the London & North Western Railway and the Great Western Railway – worked together to build five lines converging at Shrewsbury despite rivalry between them. They competed to connect South Wales’s coal and materials supplies with the industrialised regions of the Midlands and North West, and to transport passengers between Liverpool and London.

Sources of information about the signal box