In sunny Portsmouth last Saturday we decided on a tour of the harbour, along with many other sightseers. Less crowed on a weekday, but then it possibly wouldn’t have been such a lovely warm and sunny day.

The announcer, on the boat, said that we’d missed seeing th HMS Queen Elizabeth, which had recently sailed to America. I know it was a weekend, but there didn’t appear to be any activity in the Naval Dockyard that we could discern from our tour boat.

It’ll not need saying, but yours truly knows little about naval matters, these are my observations, that’s all. I’ve written about what I’ve seen in Portsmouth Naval Dockyard, HERE, and HERE. Photos follow of Saturday’s visit.

I appreciate that ships require replenishment, maintenance, and the crew home leave after an overseas deployment. My conclusion is that we need all of the Daring class destoyers to be operationable. With shortly to have two Elizabeth class aircraft carriers who will need to be accompanied by capable warships, not ageing frigates. 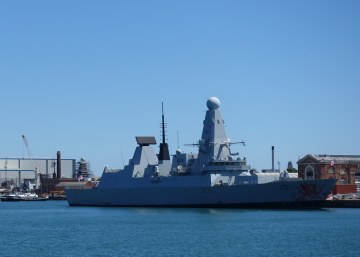 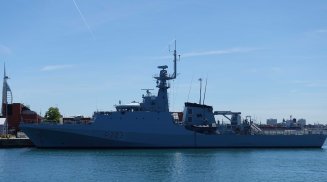 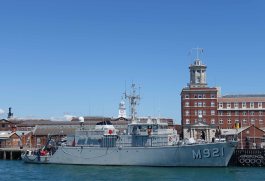