On a recent visit to see the state of the large saren stone on the Maultway, I talked with some of the project engineers, who said they’d heard it called a king stone.

It is not true that it’s a king stone. I have no idea of the source of this misinformation. A king stone, or coronation stone is an ancient Sarsen stone that is believed to have been used as the site of a coronation of an Anglo Saxon Kings. See Wikipedia for the Coronation Stone in Kingston upon Thames. The Stone of Scone is another such stone.

I know of four sarsen stones in Surrey Heath. I feel sure there are more.  Should you want to know more about sarsen stones, such as what they are made of, where they can be found, and more, then see the detailed paper Sarsen Stones and Erratics of the Wessex Coast. I’ve written about them too, and the moraines that deposited them in our countryside, see HERE. [Note: not forgetting Speedicus Triplicatum’s comment on the move of the one in Brentmoor Heath – see his comment in the article HERE.

Here are photos of the four local sarsen stones that I know of. 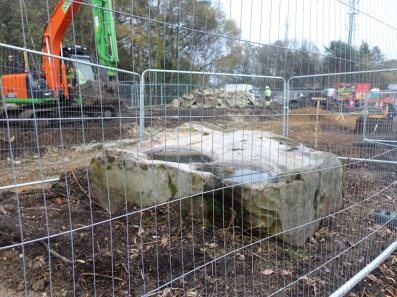 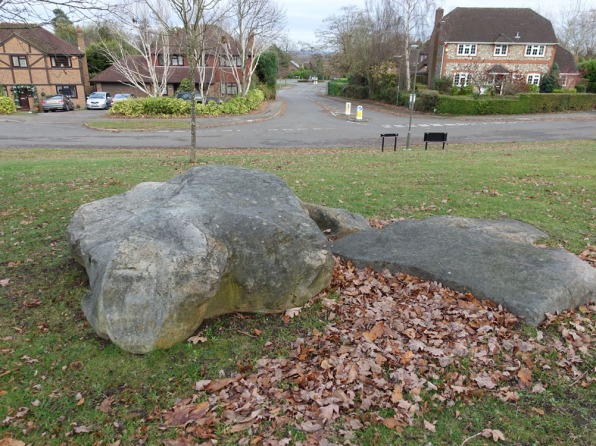